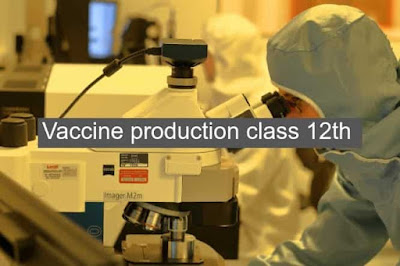 Have you ever wondered how you get cured if you ever had diseases like malaria or pneumonia ? That’s all because of the vaccines which have been produced for that particular disease. You must now be thinking that how are they produced ? Some of you might just know the word vaccine but not properly. So, do not worry in this article I will be telling you about vaccine and also how are they produced (method).

Vaccine is preparation of antibodies by the help of pathogens that can be bacteria, virus, etc. which is either having a reduced effect or has lack of strength to move or function properly. Vaccine provides immunity against several other diseases. Immunity means the power to resist a particular infection inside the body.

Vaccine can either provide temporary or permanent active immunity to the body. Their work is to fight the particular disease they have been produced for. For example, if a vaccine is produced for the disease malaria, it will only fight that particular infection and won’t harm the other healthy tissues in the surrounding.

The first vaccine was produced by Edward Jenner in the year 1796 to fight smallpox. He noticed that the vaccine that was injected in for cowpox taught the body to respond to both the viruses without showing any illness or death.

In order words you can also define vaccine as an antibody provoking agent. There are different types of vaccine depending on your disease, which are as follows:

There is not a lengthy procedure for preparing vaccine. To start with the procedure, first as you know microorganisms are used in the preparation of vaccines these organisms are first grown into large amount of toxins. These toxins are then turned into toxoids.

These toxoids acts as antigens and the immune system recognizes these toxoids and starts producing antibodies in order to fight the actual harmful toxins. The live organisms which are present are then destroyed and then diluted.

This diluted material is then mixed with adjuvant. An adjuvant is a substance that increases the immune response to toxoids. That’s it! That is the process to produce a vaccine.